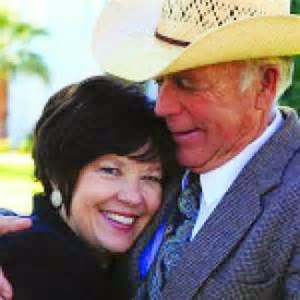 WASHINGTON - Yesterday in a press conference on Capitol Hill, Senate Majority Leader Cliven Bundy (R, Nevada) criticized Nevada landowner Harry Reid for collecting $1.1 million on an undisclosed 2001 land sale on the outskirts of Las Vegas.
Bundy told reporters that “Dirty Harry” Reid and his armed supporters are “freeloaders”, adding that the federal government had title to the land long before Reid claims his ancestors settled the land. Bundy explained to the press that until 2004, Reid did not disclose to Congress his sale of the property to a company created by friend and casino lawyer Jay Brown.
Property deeds show that as of 2004, after Brown's company sold the land to other developers, and Reid reported the sale, Reid had not personally owned the property for three years. Senator Bundy told reporters that “Reid failed to disclose the sale to the federal government until after he had taken a financial stake in the company, and transferred ownership, legal liability, and some tax consequences.”
Sen. Bundy added, “Make no mistake; [Reid's supporters] are nothing more than domestic terrorists”, vowing that the federal government will take action to serve orders to collect the $1.1 million in lost revenues.
“I repeat: what happened there was domestic terrorism”, he said, adding, “It's not over”. 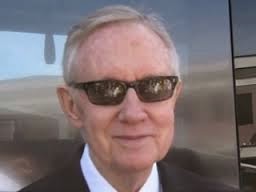 Harry Reid made national headlines earlier this month after a racist rant about Senator Barack Obama (D, Illinois), when he told Fox News's Sean Hannity that Obama is notably “light-skinned”, describing him as “with no Negro dialect unless he wanted to have one”, suggesting that he feels that Obama is white enough to be president.
After taking some heat for those comments – including from Senator Cliven Bundy, who said “Today, Reid revealed himself to be a hateful racist” - Reid initially told the press that “If I say 'negro'... if those people cannot take those kind of words and not be offensive then Martin Luther King didn't do his job.”
Reid later backed away from these comments, saying “I deeply regret using such a poor choice of words. … I sincerely apologize for offending any and all Americans, especially African Americans, for my improper comments.”
Journalists favorable to Reid spun his comments as meaning that he “was wowed by Obama's oratorical gifts and believed that the country was ready to embrace a black presidential candidate ...”.

According to a phone poll administered last week to potential voters age 18 to 34, 91% of young Americans responded negatively to the question, "Do you support land-grabbing racists owning vast tracts of land, and using women and children as political tools and human shields?".
However, young potential voters were divided almost 50/50 concerning which political party they feel is most responsible, with 52% blaming the Republican Party.

This has been a satirical news story.