Bundy: Cows Better Off as Slaves?

Nevada Cattle Rancher Cliven Bundy:
Are Cows Better Off as Slaves or on Government Welfare? 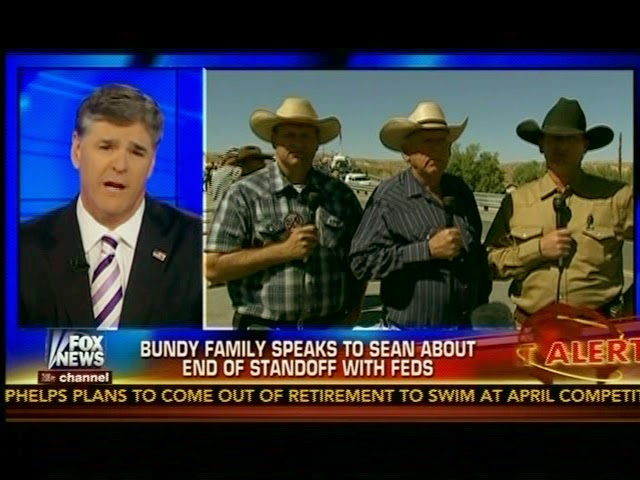 Yesterday evening, in an interview with Fox News's Sean Hannity, Cliven Bundy - the Nevada cattle rancher whose recent standoff with the U.S. federal government concerning $1.1 million in unpaid grazing fees made national news - turned heads yet again when he wondered aloud on national television whether the 900 head of cattle he owns are better off as chattel slaves or as “slaves to government charity”.
According to the Bundy, 67, the undivided family life - and close relationship with their calves - which his own cattle enjoy, in addition to the productive labor which they perform, makes their condition under his private ownership better than it would be if the cows were allowed to graze on federal land as they please.
Bundy told Fox's Hannity, “My employees have learned how to walk with ploughs attached to them, and that's a productive skill that those individuals now have. And now they can take that gardening skill, and find someone to employ them and put them to even better use. Then they can find a stable career, and pay taxes, and give something back to the economy."
Bundy described his experiences driving through California and seeing cattle living in what he described as “government-subsidized farming operations”, adding that he could see “sadness” on their faces. He commented, "Are they happier here than they was in front of their homes, with their chickens and their gardens and their children all around them, and their bull having something to do?"
Bundy said of his own livestock, “I'm happy to see cows be able to have the freedoms and liberty, and be able to feel like they're Americans, and be able to move and moo and choose a religion.” Echoing his earlier comments on the problems of abortion and imprisonment plaguing American blacks, Bundy added, "You have to ask yourself, are these cows slaves to me, or are they only slaves if their owners take their calves away from them, and then either kill 'em or keep 'em in veal cages?"
Commenting on the reaction to some of his more controversial recent statements, Bundy said, "If I can't say the word 'cow', or 'cattle', or 'chattel' without people getting confused, then Mahatma Gandhi and Lord Sri Krishna didn't do their jobs." 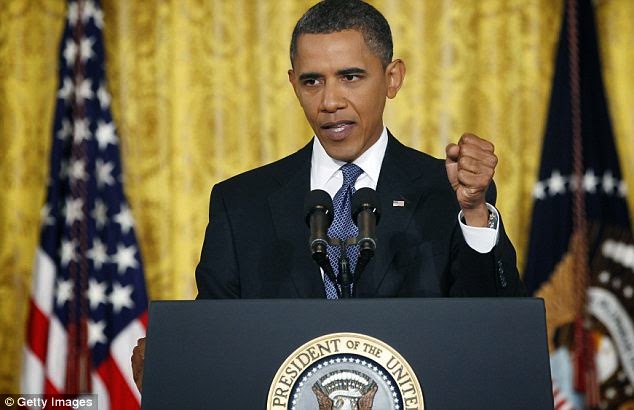 In a press conference in New York City today, responding to a question about comments Bundy made earlier this week about “the Negro”, President Barack Obama commented that “to suggest that the condition of black people in the United States today is even remotely comparable to their condition before the formal abolition of chattel slavery is highly inappropriate.”
He continued, “Furthermore, it is offensive to millions of African-Americans, who all too often work for next to slave wages, find themselves unable to afford the needs of daily life, and borrow excessively to the point where they become debt slaves. And that's why I'm going to keep working to pass legislation that curtails the privilege of large corporations, banks, and credit card companies.”
Fielding a question concerning how the federal government should react to Bundy's rally of armed support to his side, the president further added that “although cattle are not yet a specifically protected class of persons deserving federal civil rights protections, the great civilization of India has made tremendous progress towards achieving legal personhood for animals as well as human beings. I believe that we should follow their example, but grant every living being corporate personhood as well.”
President Obama continued, “As Mayor Bill de Blasio has done here in New York City with the recent ban on horse-drawn carriages, the federal government must step up to the everyday challenges of ensuring freedom. We must free every animal from the bonds of slavery, from being required to work, and from the excesses of unlimited landed property ownership.”
Late for meetings with Interior Department officials concerning what the federal government should do with its vast wealth of land, and with the Labor Department on how to achieve full employment, the president then abruptly ended the press conference and walked to a nearby street corner. He then hailed and entered a taxicab driven by 34-year-old Anthony Howard, a black man who rents a cramped apartment in Queens.


This has been a satirical news story.