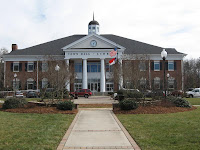 In June or July 2008, I wrote the following essay for a university course on public planning and natural resources. It is an exercise based on a hypothetical situation in which a candidate for mayor were to advocate for the elimination of a city public planning department. Its original title was “Loss of Public Planning Department Would Impact Influence of Public Will, Slow Development."

It should be noted that I do not hold many of the opinions defended in this essay today. I explain why at the end of the essay. The essay reads thus:


I am concerned about the misleading rhetoric espoused by the conservative candidate for mayor regarding her plan to eliminate the public planning department.

To eliminate this department would leave a hole in our local government. It would dramatically diminish our city’s ability to engage in sustainable development with minimal detriment to the safety of our citizens, natural resources, and wildlife.

Were our local government to attempt to exist effectively without the public planning department, decisions regarding important public concerns such as unlimited pollution and inefficient or faulty transportation systems [would be left] up to individual people and businesses, meaning that a majority of the public could be affected without their knowledge, consent, or ability to voice their objections or suggestions.

Although the efficiency of the functioning of markets is a legitimate concern, it would not be correct to suggest that government interference in markets will decrease efficiency. Unlimited pollution would not interfere with the efficiency of the market in the short term, but it would be terribly inefficient to suspend the actions of a body created to handle problems affecting the public until a private investor with enough money and interest to fix the problem comes along, causing the delay of projects which may prevent further exposure to poorly-maintained roads and hazardous chemicals, thus creating several other problems such as rising health care costs and dissatisfaction with local government.

It would be more efficient for the progress of society as a whole, and to the specific community, to take some effort to ensure that groups of citizens who may not be able to invest time and money to fix problems affecting the public have a method to ensure that their concerns have a chance of being heard and addressed, rather than to eliminate the public planning department and allow the possibility that cheap, shoddy materials could be used to build infrastructure, or that decisions on improving transportation systems and protecting against damage by pollution could be left to the lowest bidder, whom cannot always be counted on to put the public interest ahead of his own desire to make profit.

To suggest that individuals and markets can be counted on to bring about the public good eliminates the purpose of democracy: the ability of citizens to be represented in lawmaking and to engage in discourse with their elected representatives so that they may hear the complaints and suggestions of their constituents, better understand the public interest and good, and be held accountable for any failures to serve the public.

The conservative candidate has not provided sufficient justification for the elimination of the public planning department. Although she is correct to warn against unjustifiable takings without compensation, she does not adequately explain why such cases represent a threat to democracy or to democratic values. She has used concerns for the efficiency of the economy and the endurance of democratic values to mislead the public to support a candidate whose reforms would drastically alter the structure and ability of the local government, which would cause layoffs and slow progress in issues of public concern.

I will next explain with which opinions contained in the above essay I no longer agree, and why. This text was written on October 24th, 2010.

First, while I believe that there is an important place for democracy in local government, I also believe that such democracy can only be protective of private property and individual rights so long as the authority of the democratic government in question is submitted to voluntarily.

But I would add that once such a government is constituted legitimately – that is, with the consent of all parties involved – it should have the right to make rules about which people and businesses may be permitted to reside and operate within the territory administered by the government (that is, if that government operates as a territorial government, rather than as a confederation of individuals, or some other formulation of a jurisdictionally-aterritorial confederation of governments and autonomous individuals).

Second, I reject my previous claims that government interference in markets will increase efficiency. Being that our current government is centralized, exclusive, monopolistic, and has coercion as its main premise, I would now argue the opinion espoused by the Austrian School, which is that it becomes impossible for an optimally efficient balance to be found through the actions of the sum of freely acting participants in any given market over which some right to plan – especially in a centralized manner – is claimed and exercised by a monopoly government.

Third, while it is true that without a monopolistic central planning department, decisions could be left to the lowest bidder, it is not necessarily true that the lowest bidder would always provide for the goods which are desired by the community.

Although I did not overtly say this in the essay, I did reject the claim that “buyers and sellers know what is best for them, and the greater public interest will result from their decisions”, and I also said that “we cannot assume that any particular rational market actor… will understand how to implement decisions to best serve the public interest”.

While I believe that this claim is consistent with Adam Smith’s idea that “every individual… generally… neither intends to promote the public interest, nor knows how much he is promoting it”, it would appear that the implication of these two statements is that we can also not assume that any particular rational market actor who has been elected to serve in government will understand how to implement decisions to best serve the public interest.

While it would seem appropriate to note that this idea could be easily used to argue against democracy, it would take a bit more to use it to argue in favor of the free market. To do this, I would again invoke catallaxy, a term which is essentially identical with Adam Smith’s “invisible hand”, and which Austrian School economist Friedrich Hayek used to refer to “the order brought about by the mutual adjustment of many individual economies in a market”.

To invoke catallaxy in this argument is to defend the idea that as long as participants in the marketplace do not coerce, manipulate, or defraud one another, and act with deference to the mutual desire of all parties to economic agreements to make decisions which each party deems to be in its own best interest, the result will always be not only the most optimally efficient result possible (as judged by the parties), but also the most moral result possible, being that the consent of no party was ignored in the decision-making process.

In attempting to understand this argument, it would also be helpful to note that in a free market of governance which rejected monopolistic economic planning, there would be nothing preventing an individual or a group thereof from seeking justiciable restitution in the event that their property were to be damaged as a result of decision-making by individuals unknown to the person or persons claiming that some damage has occurred.