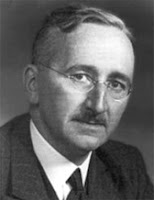 Ludwig von Mises (1881-1973) and Friedrich Hayek (1899-1992)
I recommend that the public (in that word’s true sense, meaning the agglomeration and enumeration of all individuals living within a given society, bar none, even criminal transgressors and political prisoners), as a means to forge its own destiny independent of centralized state apparati (including political parties) and of trade and labor unions, resolve, through the utilization of direct, organic, grassroots, localistic, non-bureaucratic, non-representative, and populist methods, to advocate for the discovery of data pertaining to the characteristics - qualitative, causal, and otherwise - of any and all forms of capital (including land, labor, consumer goods, and political capital) which are or may become available for exchange or purchase, as well as the subsequent communication and disclosure of such data for access and use by the general market-going populace.

I believe that if this condition were to be fulfilled, it would provide a solution to the problem presented by a claim that was made by eighteenth-century classical liberal economist Adam Smith, which is that an individual, in exercising his freedom to voluntary participate in marketplace activities, generally “neither intends to promote the public interest, nor knows how much he is promoting it”. I believe the consumer- and citizen-advocacy activities of a truly organic, all-voluntary public sector (as an alternative to centralized government structures which perform the same or similar functions) would allow investors to make economic and political decisions in a manner that is - to the extent to which it is possible - well-informed, conscious of the causality of the outcomes of the (inter-)action upon the remainder of the public, and morally acceptable to the investor-citizen as well as consistent with any intentions he or she may have in making the decision.

Twentieth-century Austrian neo-classical economists Ludwig von Mises and Friedrich von Hayek used the term “catallaxy” to describe the order brought about by the mutual adjustment of many individual economies and of voluntarily-cooperating actors in the market. Catallaxy is not an order that can be imposed by any state apparatus, because it is just that; one that is completely voluntary for all participating actors, each of whom accepts the terms of a negotiation or transaction when each party sees the agreement as sufficiently beneficial to oneself. This is crucial because each party must have the freedom to subjectively determine what is advantageous and valuable to it.

A grassroots, public-sector consumer- and citizen-advocacy program would allow this catallactic market order to exist under a state of high-quality politicoeconomic education and information, resulting in what I would term an “Enlightened Catallaxy.” Such a condition would permit a free market completely unhindered by the often monopolizing effects of corporate welfare and protectionism, and allow for free and informed choice in economics (a term which means personal and household fiscal management). Also, it would exist under a system that fulfills perfect anarcho-capitalism, while still allowing a perfect anarcho-collectivistic public sector to exist, although not as a strong, assertive, authoritative, discriminatory, monolithic, oligarchical, bureaucratic, centralized state government.

In this politicoeconomic system, all public-sector apparati would be completely brought about and funded through voluntary, direct-action public service efforts, supplemented by charitable monetary donations solicited from a voluntarily-contributing populace on an individual basis, abhorrent of the initiation of coercive taxation. Furthermore, a public sector satisfying these conditions coexisting alongside an all-voluntary private sector would result in a perfect syncretism of both economic systems (socialism [fiscal collectivism] and capitalism [fiscal individualism]), thereby ridding each of their more coercive and authoritarian elements. It would create an economically-syncretistic, minarchistic polyarchism, meaning that minimal amounts of control and authority would be exercised in order to allow voluntary practice of economic and political systems and greater entertainment of diversity and freedom in the election of political and legal representation, and in legal and physical defense.

It would be a system in balance, if only people could prove themselves truly ready to commit to and accept the axiomatic utopian solution which has been recommended by many critically-thinking minds throughout history, which is that some of us must, at least occasionally, be prepared to volunteer to perform labors whose rewards are evident in their own result; i.e., that sometimes, some people must recognize that work can be its own reward, and that we should at times help others without guarantee that we will be helped to a degree of equal value by our own subjective standards.

This system would allow people to act freely in accordance with their morality, and consumers would be free to exercise their will either to refuse to - or agree to - compromise with people who they believe act in ways that are contrary to their own morality. It is a system which acknowledges that individual human beings, and not groups, organizations, or government apparati, are and should be the only ones who can act on principled voluntary decisions and opinions.

To those who would argue that this system would permit racism and undermine civil rights, remember that Jim Crow laws were just that: laws, mandated by the governments of the southern states and of racist local city commerce councils. Title II of the Civil Rights Act of 1964 illegitimately deemed all private commercial establishments as public accommodations, and thus they were within the jurisdiction of the federal government under the Commerce Clause, preventing private business owners from ever having the opportunity to choose not to discriminate.

Additionally, to speak to the issue of racial inequality, classical-liberal monetarist economist and sometimes-Keynesian Milton Friedman saw the minimum wage law as the single current law which discriminates against African-Americans the most, due to the fact that it causes the least-skilled laborers to be perpetually unemployed and / or underemployed. Many modern proponents of capitalism believe that to lower or abolish the minimum wage would increase hiring rates, leading to a decrease in unemployment, resulting eventually in higher wages once the economy begins to feel the effects of higher employment rates. I would like to add that this idea is central to the issue of the employment of illegal immigrants. Most white Americans would complain much more about immigrants taking their jobs if there were no minimum wage, because whites would no longer be afforded the privilege of having to make sacrifices to compete with typically less-skilled non-whites who find it advantageous to undervalue their own labor.

We should foment an economic philosophy and system that embraces the ethic of reciprocal altruism, and I believe that the philosophy and system which I have termed "Enlightened Catallaxy" embodies and fulfills that ethic. I believe that to realize this ethic as a central tenet of a successful, pragmatic politicoeconomic philosophy would be tantamount to proving the intrinsic worth of the human spirit, being that it would reject any semblance of a notion that people are inherently amoral or immoral or that people need to be compelled to share and act charitably without the promise of immediate equitable compensation.

You will notice that nowhere in the above paragraphs did I employ the terms “democracy” or “republic.” I am convinced that neither a codified republican system of law and contract enforcement, nor a doctrine of democratic majority rule, nor even a conjunction of the two, are either necessary or sufficient methods of constituting political or economic systems which would embody the ethic which I have put forth as essential to a sound anarchistic philosophy.