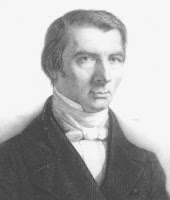 Furthermore, society would be best off for local and domestic producers if everything which increased market integration were poorly-funded, underdeveloped, and of poor quality. Basically, labor is most productive when it is most difficult.

A recent study in the British magazine The Economist revealed that lower degrees of market integration have been found to increase consumers' toleration of high prices.

Reaching out to poor, overpopulated countries with religion – such as by utilizing Catholic missionaries to teach people to identify with Jesus's suffering by learning to endure their pain – and with trade – encouraging interest in dangerous, valueless American products and beliefs - have, thus far, served to accomplish little else than create the conditions which are most conducive to causing local economic stagnation; international wage-slavery; fixed prices and standards of living which are forever on the rise; and large, under-educated, under-skilled, pro-life third-world populaces unaware that their efforts to enrich their families by increasing their sizes poses the threat of exacerbating impending famines which could potentially wipe out one or even two billion people within the space of several years.

If Bastiat's assumptions are true, then we may do away with the notion that all the poverty and the ills of the world are to be blamed solely on capitalism, an idea which is supported by various socialist media. Contrarily, Bastiat's findings point the finger at an axiomatic culprit, which is collusion between governments and producers to pass reforms which unfairly favor either form of producer – i.e., local or non-local – over the other.

When governments favor domestic local and nationwide businesses at the expense of international and foreign businesses while improving commercial infrastructure, market integration becomes concentrated and healthy only at home and in the major industrial centers, trade stays too low to keep up with public demand for economic choice and product diversity, the market is flooded with cheap, homogenous domestic goods, local supply of labor cannot be satisfied, and immigration and immigrant labor run rampant.

When governments favor international and foreign businesses at the expense of domestic local and nationwide businesses while improving commercial infrastructure, the degree of market integration gradually decreases in the major industrial centers and in the country in general, the market is flooded with foreign imports, the degree of product diversity is overwhelming and detrimental to the health of the domestic economy, local supply of labor is too great, and unemployment, underemployment, emigration, emigrant labor, and outsourcing run rampant.

When governments improve commercial infrastructure at the expense of alleviating the financial stresses of domestic and local businesses as well as of international and foreign businesses, trade and market integration stay higher than necessary to satisfy demand, both local and non-local (as well as both domestic and foreign) entrepreneurialism and innovation stay stagnant and low, and prices stay artificially low everywhere.

When governments alleviate the financial stresses of domestic and local businesses as well as international and foreign businesses at the expense of improving commercial infrastructure, domestic and foreign demand for one another's goods stays much higher than the quality of the infrastructure can satisfy; emigration, immigration, outsourcing, and unemployment run rampant; and prices stay artificially high everywhere.

But when governments improve commercial infrastructure while balancing the needs of local and non-local - as well as domestic and foreign - businesses, artificially high demand is alleviated everywhere thanks to improved market integration, the balance of trade evens out, neither excessive immigration nor emigration – nor outsourcing nor unemployment – remain problematic, and prices tend to go down as far as the newly-improved commercial infrastructure will reach.

I believe that if Bastiat's assumptions are true, then if governments are not willing to allocate funds to equally and fairly financially encourage and reward both nationwide domestic and local business growth and international and foreign business growth as well as pass measures that increase market integration and improvement in commercial infrastructure, then they should encourage neither of these things.