What is Social Libertarianism? 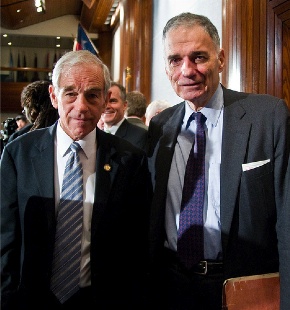 Social Libertarianism is the answer to Fascism. Whereas Fascism embraced the most authoritarian aspects of capitalism and socialism against the perceived evils of each system, Social Libertarianism recognizes that many of those aspects which were rejected by the Fascists were, in fact, the good things about each of those systems.

While Fascists reached out to businesses and labor unions by promising kickbacks and special treatment, they ended up centralizing the power structures, dispensing with individual civil liberties, affording benefits to only those businesses which were run by people belonging to the preferred races and classes, and completely betraying the unions, going even as far as assassinating their leaders.

Social Libertarians – on the other hand – reach out to businesses and unions by promising a level playing field in a low-stakes political environment in which important decisions would affect a minimal number of people due to localization of decision-making processes; particularly – when desired – localization to the very individuals and communities which make up society on an atomistic level.

Social Libertarianism is the belief in individual liberty and independence and communal autonomy – free from overarching centralized government control – regarding free-market capitalism and communalistic social democracy as equally conducive means towards the ends of a general liberation from tyranny for people and ideologies alike.

Social Libertarians value not the concentration but the diffusion of power and authority, supporting a political, social, and economic environment which allows voluntary accession to associations, and which permits a person to remain free from societal restraint and interference if he or she so chooses, except in cases in which an individual's claim to freedom of action and / or expression interferes with other individuals’ right to be free from unwarranted, aggressive, initiative coercion or harm. This is called the non-coercion or non-aggression principle or axiom.

If and when libertarians and progressives grow weary of compromise with one another, they are free to form their own communities which they may govern as they please (without violating anyone’s rights to refuse to join such communities) or to simply become independent and sovereign on an individual level; i.e., become a self-ruling autarch.

Authoritarian state socialism and federalistic representative democracy are perversions of community-based, public-interest governance and social-welfare economics. They take power away from the people and their communities by distilling the ethically conservative societal attitudes of the day into a centralized, bureaucratic oligarchy that dictates morality to individuals on a nationwide basis. This robs people and their communities of the right to govern themselves socially according to an expression of the collective will of the people who are most directly affected by such governantial organizations’ actions.

Likewise, federalized republicanism and corporate industrial protectionism are perversions of individual-based free markets in political and legal representation and in fiscal management. They take power away from individuals and their states by distilling the fiscally conservative societal attitudes of the day into an isolating, monolithic tyranny that subsidizes business enterprises based on their proven past ability to turn a profit for collection by the State through taxation. This robs people and their states and regions of the right to govern themselves economically with deference to individual subjective preference for this or that competitor in the provision of goods and services.

In considering all this, it helps to perceive the State – or any government entity, at that – as a business unto itself. The business of the State is to afford its citizens – or customers – with the service of providing security, safety, and protection; restitution and justice; and – often – representation. Those services can be political, legal, social, and economic in nature, and often are even all four.

In truth, security, safety, protection, restitution, justice and representation are commodities like any other, and the State knows that there is a high demand for them, and it wants to take advantage by gaining a monopoly over their supply. The people typically pay for these things by pledging allegiance, relinquishing civil liberties, delegating their rights away, and refraining from disputing the extraction of taxes from themselves.

Nineteeth-century anarchist theorist Gustave de Molinari once said, “…the production of security should… remain subject to the law of free competition… no government should have the right to prevent another government from going into competition with it, or require consumers of security to come exclusively to it for this commodity”.

To drive the point home that the government is actually a business which operates for its own profit – and not just a profit made up of money, but of power – the word “monopoly” is thrown around quite a bit when the State’s authority is discussed.

Even President Obama has professed a belief in the “monopoly on legitimate force” without which Statism does not exist. The significance of the concept is basically that any act of violence or theft committed by the State is legal simply because it is undertaken by an authority that has both the perceived legitimacy and the sheer strength required to permit itself to be the only entity which is legally allowed to coerce.

Some politicians even manage to do a decent job of pretending not to understand what is being implied when someone asks them, “how may the people delegate a right which they themselves do not have”, referring to how the State may coerce but the people may not, which seems to contradict the idea that the legitimacy of any government may only be derived from the consent of the governed.

Crucial to understanding the concept of social liberty is the freedom of an individual to voluntarily enter into an agreement, which can include a verbal or written contract;  a promise to work for compensation; and a promise to pledge allegiance to a political entity in exchange for security, safety, protection, restitution, justice, and representation.

Social liberty does not mean an end to all hierarchical structures. If a person wants to subject himself to the authority of some other person, he has the right to do so, as long as he is not compelled to stay in the relationship for a period of time of which he has no choosing, unless he willingly gives up this authority and consents – no matter what he may perceive himself to decide at a later point – to become a life-long voluntary servant, voluntary servitude being distinct from involuntary servitude, sometimes referred to as slavery.

In a Social Libertarian society, all contractual agreements which are not deceptive or fraudulent are considered valid and binding. A person who purposely undervalues his own labor in order to get a job and feed himself and his family has no right to claim that he has been taken advantage of, because he has entered into an agreement perceived by himself and his employer to be sufficiently beneficial to both parties according to the subjective needs and values of each.

The antidote to the Supremacy Clause is the Tenth Amendment, which is invoked when states wish to nullify federal laws when the states’ own supreme courts find such laws unconstitutional.

A so-called “progressive-libertarian” coalition is currently taking shape in our federal government. Potential members in and influences on this coalition include Republican  Texas Congressman, former Libertarian Party presidential nominee, and former Republican presidential candidate Ron Paul – who once said that in a libertarian society, socialists could voluntarily form their own communities – and consumer advocate and perennial independent and Green Party presidential candidate Ralph Nader.

The politicians whom I mentioned believe in most if not all of the following things: enacting a humble foreign policy; restoring civil liberties; electoral reform; making social welfare programs solvent; ending excessive corporate welfare; balancing the budget; and decreasing the size, scope, and sphere of influence of the executive branch and the federal bureaucracies.

If many federal laws are found unconstitutional by regional district and state supreme courts, and are subsequently repealed, and the decisions permitted to stand, there will be a greater opportunity for the citizens to take control of their government back from corrupt, faceless, unaccountable bureaucrats in Washington, D.C., leading to more clout for libertarians and progressives alike in the state legislatures, as well as in the federal government itself, so that the policies they embrace will have a chance to come to fruition in a timely manner.

The reason we have such a divisive yet ambivalent political atmosphere is because in a centralized, monolithic federal government, all decision-making is inherently high-stakes.

If we shrink the federal government, end the two to six wars in the Middle East and drastically scale back our military adventurism, and balance the budget, then we can continue to have the seemingly never-ending economic conversation of capitalism versus socialism in an America whose safety and financial stability would not be anywhere nearly as gravely threatened by important problems such as terrorism, law enforcement, drug violence, health care, labor issues, and immigration as it is today.