Immigration and the Minimum Wage 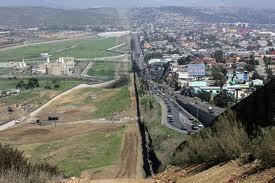 Many socialists complain that the minimum wage law is a capitalist institution. The late economist Milton Friedman, who seemed oddly caught between the worlds of Austrian economics and Keynesianism, believed that the minimum wage law is an unfair, anti-capitalist trade barrier which contributes to unemployment and poverty, and that it is biased against the young, and also against under-skilled, which, under current societal conditions, means it is effectually racist.

Friedman once said, “the minimum wage law is most properly described as a law saying employers must discriminate against people who have low skills,” and, “what you are doing is to assure that people whose skills are not sufficient to justify that kind of a wage will be unemployed”. He also said that to require employment of a person at a wage rate higher than one he deserves is to force employers to engage in charity, and that the minimum wage law’s purpose is to “reduce competition for the trade unions and make it easier for them to maintain the wages of their privileged members higher than the others”.

However, it’s not only rich, dead, white Jews like Milton Friedman who oppose the minimum wage; it is also opposed by Orphe Divounguy, a black economic student from England. Divounguy says that the minimum wage is “government intervention in the marketplace for labor,” calls it a restriction on the freedom to contract, and compares it to cutting the bottom rungs off a ladder.

It should be noted that many companies which have revenue below a certain amount and / or are confined entirely within a state, are exempt from having to pay the minimum wage.

The 1950s and the last several years of the Bush administration saw sudden, drastic increases in the minimum wage. From 2006 to 2009, the federal minimum wage increased over 40 percent from $5.15 to $7.25 per hour. Divounguy claims that it “plays a key role in creating joblessness… except when the minimum wage is below the market rate for entry-level jobs”.

That should cover capitalist criticism of the minimum wage law. Now, on to socialist arguments.

Earlier, I said that Milton Friedman criticized the minimum wage law. In fact, he once called it “the most anti-Negro law on the books.” It is an unfortunate problem in our country today that some of the most poor, uneducated, and disadvantaged people happen to be African-Americans and Hispanics. What is perhaps equally unfortunate is that many liberals believe that the disadvantaged do not know what is in their own best interest, and so, need to be protected and advocated for, and their own wages dictated for them by the rule of law.

The minimum wage was first established in a dozen or so of the states throughout the 1910s. In 1933, the minimum wage became a federal law, until it was found unconstitutional in 1935, but then in 1938, it was re-established under the Fair Labor Standards Act, at the rate of twenty-five cents per hour.

Under such conditions, to enact a law which would impose a wage floor would make competition in the labor market more difficult for non-whites and non-English speakers, and easier for well-established white citizens. This is crucial to understanding why any sound socialist labor theory must reject the minimum wage.

In the Communist Manifesto, Karl Marx wrote, quote, “let the ruling classes tremble at a communistic revolution. The proletarians have nothing to lose but their chains; they have a world to win… working men of all countries, unite.” This quote appeals to the internationalist tendencies of socialism, which advocate simultaneous worldwide communist revolution.

This runs contrary to the social-chauvinist and vanguardist tendencies, which advocate that citizens faithful to the populist revolutionary forces within their own country should seek to overthrow that single country’s government if they are able to. The point I am trying to make is that minimum wage laws undermine worker solidarity, taking advantage of and deepening the economic class divisions between the races and ethnicities.

That should cover socialist criticisms of the minimum wage. Earlier, I mentioned that I would discuss immigration, and that two of the groups most hurt by the minimum wage law in the early 20th century were Chinese and eastern European immigrants. In an earlier video, I discussed outsourcing to India and Mexico, as well as protectionism. For those not familiar, protectionism is the imposition of a tax on foreign-made goods, commonly referred to as a tariff. George W. Bush often used the phrase “bariffs and terriers,” by which he meant, “tariffs and barriers.” This is to point out that a tariff can be an impediment to trade. Some even go so far as to label the minimum wage law a barrier to trade, calling it a tariff on labor.

For as long as I can remember, rednecks have been bitching about Mexicans stealing their jobs. To paraphrase stand-up comedian and brief 2008 presidential candidate Doug Stanhope, those rednecks are only complaining because they’re humiliated that a guy with no shoes who doesn’t even speak English yet is more qualified for their job than they are themselves. While appearing as a guest on a radio show in Britain, a caller complained to Stanhope that Polish immigrants were taking Britons’ jobs. Stanhope asked the caller what he did for a living, to which the caller replied, “I pack things in boxes,” later adding, “I’m quite good at it.”

Another important issue in America today which relates to immigration is the issue of illegal immigration across the U.S.-Mexico border. A significant number of these illegals include refugees from Central America. Lately, there has been increased drug violence in towns on both sides of the border.

In this year’s State of the Union, President Obama voiced a desire to deal with, once and for all, the issue of comprehensive immigration reform. U.S. Senator from Illinois Dick Durbin is a prominent advocate of the failed DREAM Act, which stands for Development, Relief, and Education for Alien Minors. The bill, which passed the House toward the end of the 111th congress, would provide housing and education assistance for children of illegal immigrants who attended American public schools and are in good standing with the law, and it would give them the opportunity to earn conditional permanent residency upon completion of either two years of military service or two years at an institution of higher learning.

U.S. Senator from Arizona John McCain said he would only support the DREAM Act if it were coupled with legislation that would increase border security. Outspoken musician and gun rights activist Ted Nugent, who happens to not do any drugs at all, once said that border security agents should shoot any armed person coming across the border on sight, because it indicates that that person is most likely involved in drug trafficking. But Ted Nugent also believes that people should be able to have guns to protect themselves.

A border agent was recently fired for expressing the opinion that the drug war is what is causing a lot of the border violence. Being that Mexican gun laws are some of the strictest in the world, anyone caught possessing either a gun with greater fire power than a .22, possessing illegal drugs, and / or crossing the border illegally, would be in big trouble with the law.

But I, of course, believe that if anti-drug and anti-gun laws were repealed, at least, for the most part, we would see a dramatic decline in violence, especially near the border. I also believe that illegal immigrants whom are not trafficking in large amounts of dangerously addictive illicit narcotics or have tendencies towards committing acts of aggressive violence should be permitted to carry weapons while venturing across the desert, because they may encounter such violent people, and have to defend themselves and / or their family. Those people should be confronted by border security agents, have their threat level assessed based on their possessions and whether they are with their families, and then they should be promptly let go… So as you can see, I agree with Senator McCain’s proposal (wink).

The minimum wage is like the U.S.-Mexico border: it is an artificial barrier created by government, causing the most dismal conditions to sidle up against one edge, and when a low-skilled Hispanic emigrant attempts to cross that barrier in order to attempt to achieve the freedom and income he deserves - despite what others tell him is in his own best interest - government must return that individual to the side of the barrier on which he does not feel it appropriate, wise, or beneficial for himself to be located.

This minimum wage cannot stand. If we agree there should be a minimum wage at all, it should be just under the going market rate for entry-level labor, and adjusted as often as that value undergoes a significant change. The federal minimum wage law undermines the authority of the states, and it drives laborers apart based on ethnicity and abilities. It is a scourge to free-market capitalism, localized communal social democracy, and the strength of the labor movement, and at its current rate, it contributes to poverty and unemployment much more than it solves either of those problems.

Liberals and libertarians both believe in liberty and equality, it’s just that they want different kinds of each of those things. Liberals want liberty for the public from the tyranny of individuals and business, and they want equality of economic outcome. Libertarians want liberty for the individual and businesses from the tyranny of the masses and the government, and they want equality of economic opportunity. So, you see, true capitalists do care about the poor. It just doesn’t look that way to the untrained eye.